News & Events
Welcome to the Interorient Maritime Enterprises News & Events Page! This page will regularly feature the
latest updates about our company. Make sure to check back each week for the newest posts! 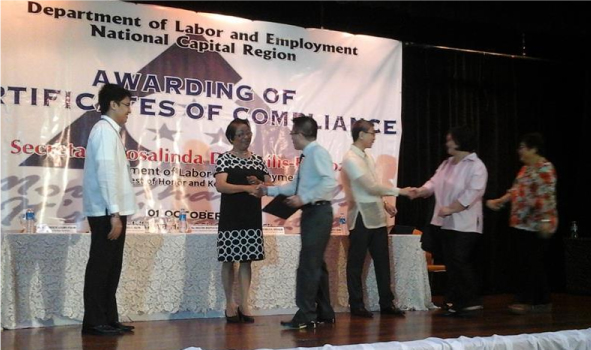 Interorient was awarded by the Department of Labor and Employment (DOLE) with a “Certificate of Compliance on General Labor Standards and Occupational Safety & Health Standards”. The Awarding Ceremony was held last October 1, 2014 at the Ichikawa Hall, Occupational Safety and Health Center (OSHC), cor. Agham Road and North Ave., Quezon City. This was a recognition given by DOLE to a company’s initiative to voluntarily comply with Labor Laws and Social Legislations or having implemented a much higher standard.

Interorient was evaluated based on a given criteria that measures compliance to General Labor Standards (GLS), Occupational Safety and Health Standards (OSHS), Philippine Overseas Employment Administration (POEA) and the Maritime Labor Conventionn 2006, provision 1.4 Seafarer’s Recruitment and Placement. The “Certificate of Compliance” was awarded by Labor Secretary Ms. Rosalinda Dimapilis-Baldoz. 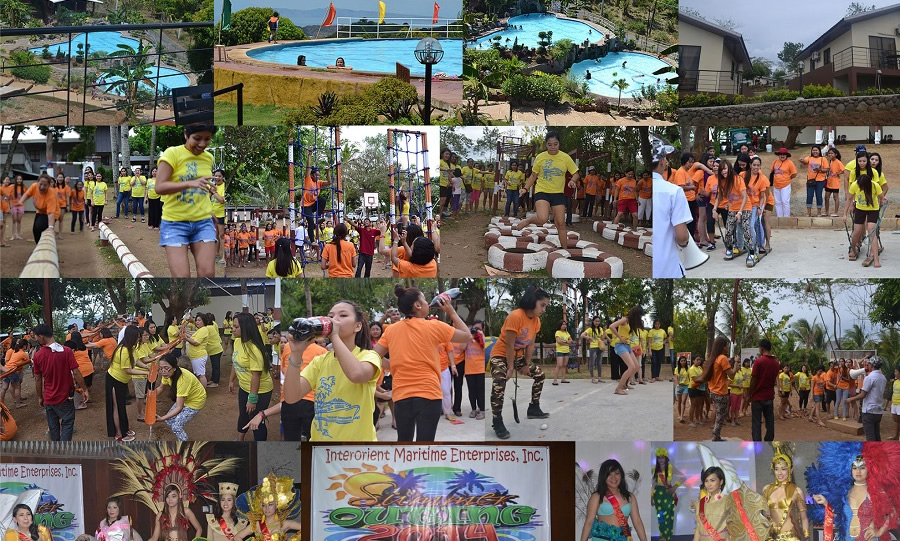 The company contemplates it was a good timing to unwind and get off the pressures of everyday work. Thus, under the theme “Summer Outing 2014”, we make it happen the “two days and one night” team building activity last May 10, 2014 at Bakasyunan Resort and Conference Center located at Tanay, Rizal. The first day of the event was spent mostly on games that practices teamwork or group effort.

A pageant for “Miss Interorient” was also held during the night, then the next morning followed a brief moment for employees and their families to enjoy the ambiance a few hours before departure. It was a tiring weekend but surely a worthwhile event for all of us in escaping the toxic schedule of the working place. We would like to thank our management for supporting us on this event and hopefully there will be more team-building activities to come in the coming years. 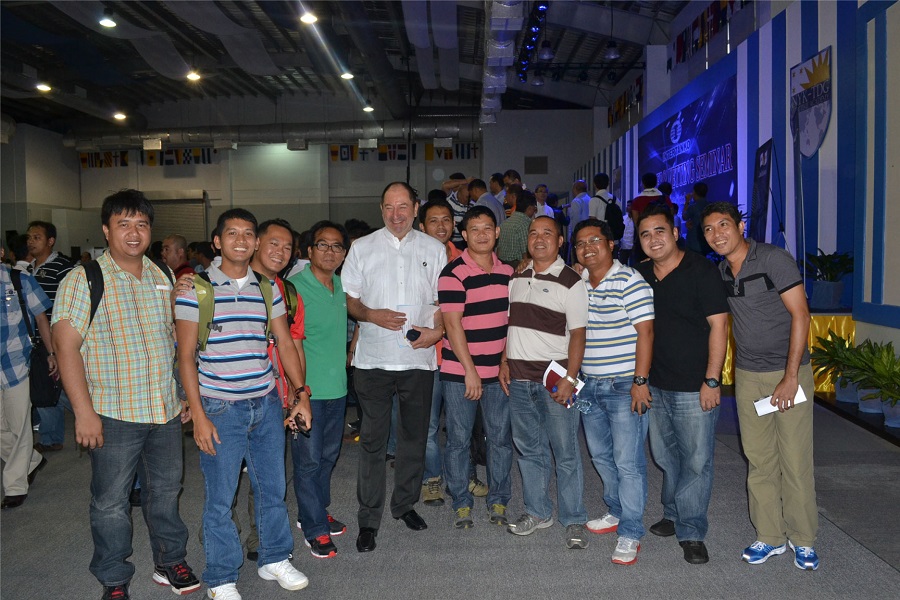 Intertanko hosted a successful Seafarers’ Vetting Seminar held last October 2, 2012 at Canlubang, Laguna and was attended by Interorient’s representatives: Mrs. Nelia Isabel D. Fideli (QMR and General Operations Manager) and Mrs. Ma. Theresa T. Mariño (Training and Promotions Manager), together with our sixteen seafaring officers and crew. The main aim of this seminar is to provide guidance, training and familiarization on how to deal with vetting inspections. This seminar is most beneficial to the senior deck and engine officers but will as well provide a better insight to those junior ranks and petty officers with regards to the overall ship inspection process.

One of the speakers of the event, Mr. Alan Johnson is from Navios Tankers and Senior Vice-Chairman of Intertanko’s Vetting Committee – “Preparing for the Inspection”. This award was given to outstanding companies in the Philippines, for both landbased and seabased sector and it is with pride to say that Interorient was among the (9) awardees selected out of the (350) manning companies operating in the country today. Our company, engaged in the recruitment, selection and deployment of Filipino seafarers worldwide, continuously ensures we produce the most competitive source of manpower in the manning sector by consistently developing our seafarers’ competence through high quality education from a well established training programs. 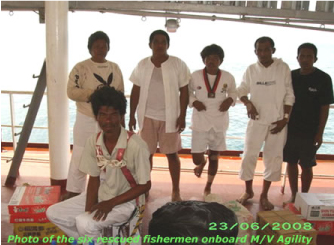 While enroute to Australia from China at 0945hrs, Philippine Standard Time, 23/06/2008, the Master and crewmembers of M/V Agility under the crew management of Interorient-Liberia, managed to rescue (6) fishermen afloat with their capsized fishing vessel named F/V Teresita, Registry: Tacloban City, at the vicinity South Eeast of Borongan Eastern Samar about 27nm off. According to Master’s report, the survivors’ vessel was caught/hit by the typhoon “Fengshen” (International name of the typhoon) which passed at the eastern part of Samar. They stayed at the sea for 5 days and 4 nights about 120 hrs. At the time of their rescue, they are very weak, and have some small wounds and several scratches on their hands and feet.

With the quick and efficient response of all the crew onboard, they were given proper first aid and medications which resulted to the rapid recovery of their strength. All the rescued fishermen were safely turned over to the Philippine Coast Guard.

Name and other details of the six rescued Filipino fishermen are as follows:


We would like to take this opportunity to praise the professionalism and unselfishness of our officers and crew onboard this vessel, commanded by Captain Jaime N. Nicolasora who had spared every effort in rescuing the six fishermen, pursuant to the moral rules, good seamanship ethics and “SOLAS Regulations”. We salute them for their courage, quick and efficient response to this case of emergency, which leads to a safe & successful rescue operations.